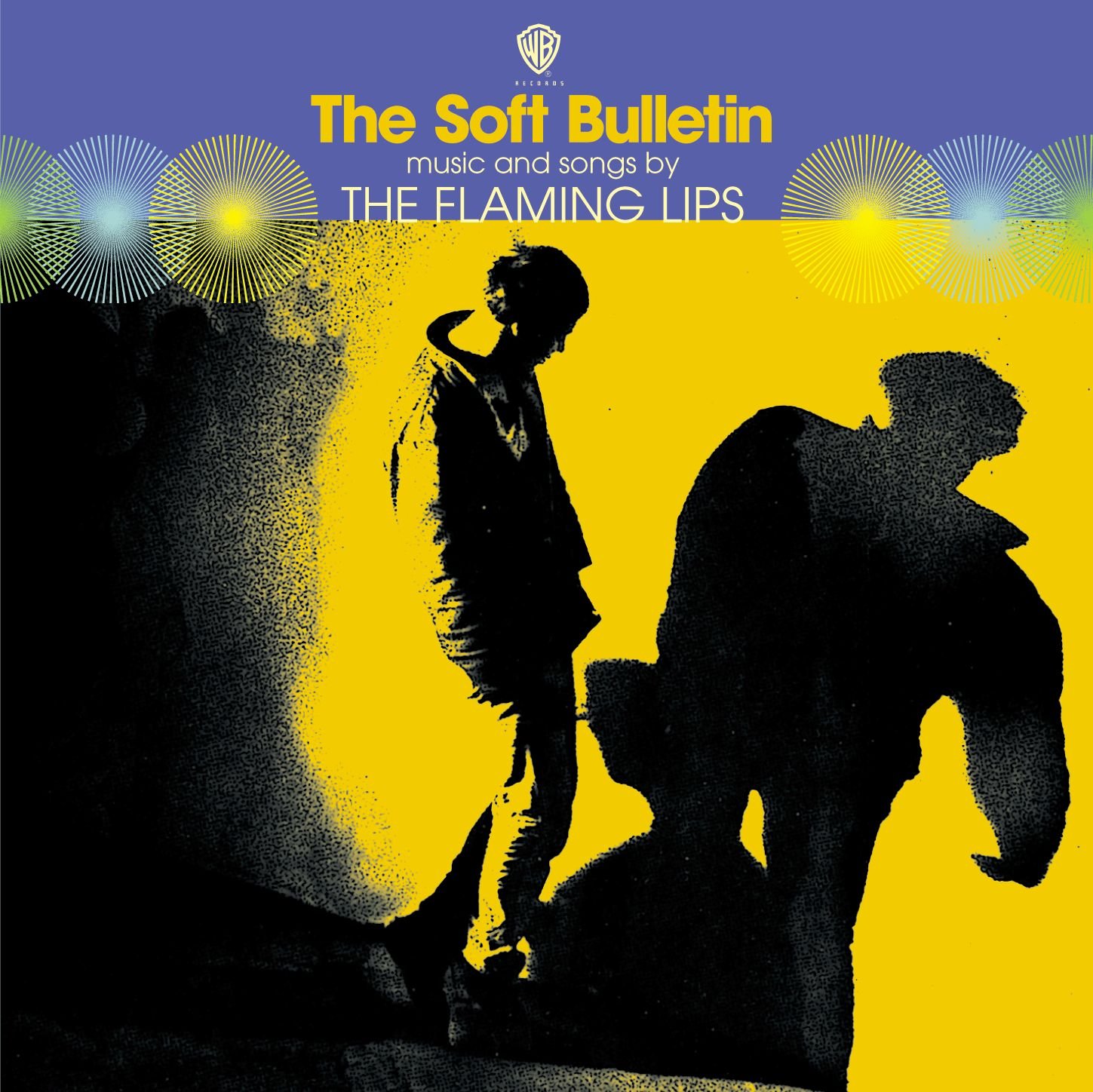 The Soft Bulletin is the most accessible album that psychedelic-noise-pop stalwarts The Flaming Lips have ever released. The album is different and new, courageous and accomplished, as unique as ever and yet more listenable than ever. Rhythmic, piano-laden, exploding with intelligence and sonic texture, The Soft Bulletin, the band's ninth album, continues the trio's adventure into other-worldly pop.

The Flaming Lips' particular and peculiar genius comes to full fruition on the stupendous "i"The Soft Bulletin. Anyone who had the gumption to actually listen to "i"Zaireeka, a song cycle that could only be heard by playing four CDs at the exact same time on different stereos, knows that head Lip Wayne Coyne and his Oklahoma City brethren had it in them. That album, along with the Lips' Parking Lot Experiments, offered proof that Coyne wasn't playing by the same rules as everyone else. He was growing up and away from the splenetic psychedelic freak-outs of earlier albums and emerging as a first-rate composer--perhaps the first alt-rock star to earn such status.

The Soft Bulletin is absolutely colossal, a testament to their position as the vanguard of a movement that includes Spiritualized's "i"Ladies and Gentlemen We Are Floating in Space, Mercury Rev's Deserter's Songs, and Olivia Tremor Control's Black Foliage. As with those albums, Bulletin shares a love of cosmic, vaguely psychedelic pop and a closet full of pet sounds. But the Flaming Lips only uses these as a launch pad for rocketing into ethereal sonic space. Although Bulletin steps back from Zaireeka's over-the-top indulgence, it manages to be symphonic, bombastic, outrageous, and damned catchy--while still oozing the band's unique weirdness. The sound is massive and complex; gongs, harps, grand piano, bells, pipe organ, strings, oboes, choral harmonies, and, strangely, very, very little guitar squall all merge into one wall--no, wall of sound doesn't do it justice. It's a cliff of sound, propelled by drummer Steven Drozd's tremendous pounding. On top of it all, Coyne's sweet but ravaged voice yields tender lyrics that tag a catalog of Lips stalwarts, such as insects, spirituality, and superheroes. One imagines Coyne in front of a full orchestra, urging them to keep up as he sings, "Ooh, those bugs / buzzing 'round..." on "Buggin." But the Lips orchestrated the entire album in their studio, sometimes manipulating more than 200 separate tracks to achieve Bulletin's vast symphonic excess. Each song is a rare gem. "A Spoonful Weighs a Ton" sounds like a collusion of Bach and Tricky. "The Spark That Bled" infuses a fey, Belle and Sebastian-esque ditty with Led Zeppelin-like funky swagger. "The Spiderbite Song" is a shotgun wedding between a tender piano ballad and the industrial noise of things falling apart. "The Gash" is just too singular to adequately describe.

"p" It'll be interesting to hear what the Lips do next. If The Soft Bulletin is any indication at all, they can do anything they please. And we can't possibly imagine what it will sound like. "i"--Tod Nelson

HOW TO APPLY CAMPUS VISIT VIRTUAL TOUR COST AND AID
YOUR SUCCESS,
THESTATEWAY®

Find Your Field of Study

What Others Say About Us

U.S. News & World Report ranked Georgia State the No. 2 most innovative college or university in the nation.

We’re the No. 1 ranked public university in the country for our commitment to teaching.

The Andrew Young School of Policy Studies ranks No. 19 in the nation among public affairs graduate schools.

Georgia State University is ranked the No. 6 "Best For Vets" college in the nation by the Military Times.

The Robinson College of Business ranks No. 4 for its undergraduate business program in Insurance & Risk Management Program.

Georgia State is among the most universities in the nation.

Help keep our campuses and communities safe. Find the answers you need about COVID-19.