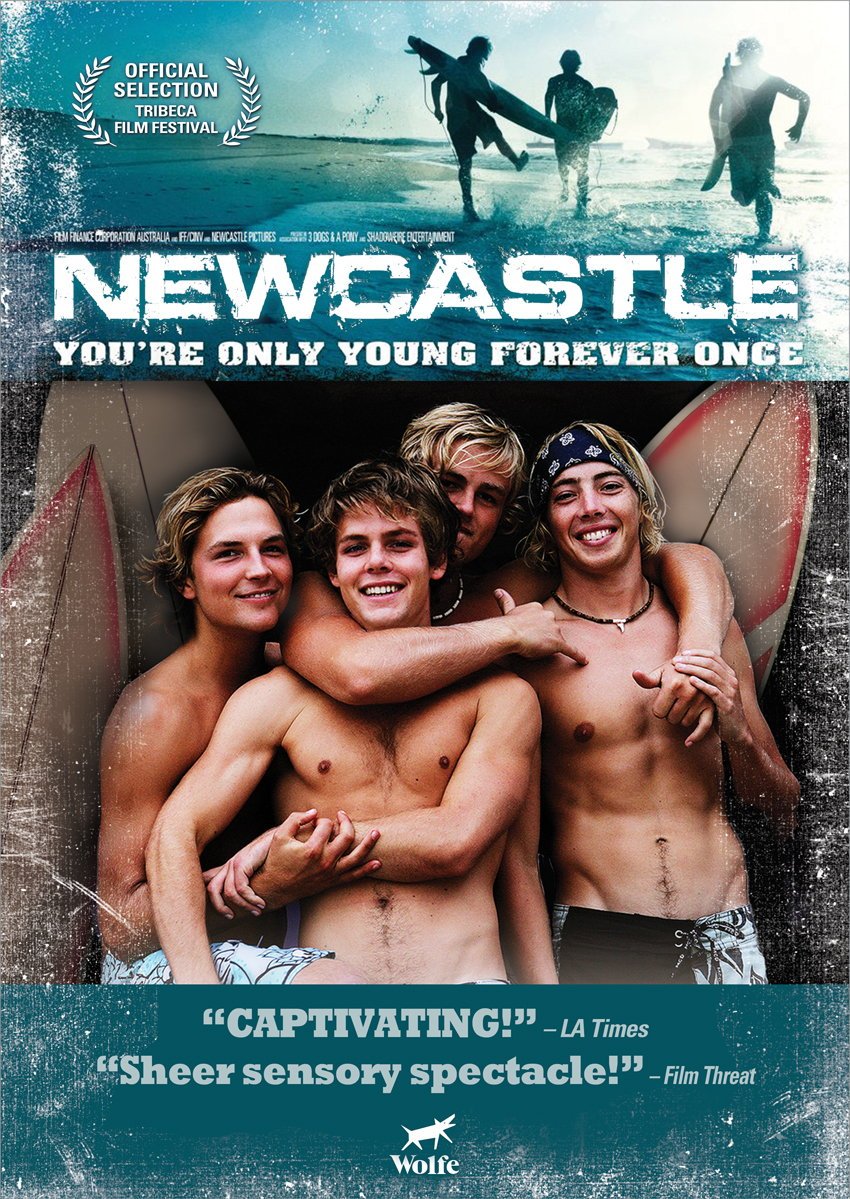 You re Only Young Forever Once.
A week before the Junior Surf Pro final, Jesse (Lachlan Buchanan) is determined to snatch the title from his best mate, Andy (Kirk Jenkins). Victory would mean a one-way ticket out of Newcastle and a career beyond his predestined future working on the dry dock with his father Reggie (Shane Jacobson) and older half-brother, Victor (Reshad Strik), a surfing champion himself until hit with a serious injury and now the local bad boy.

Jesse resolves to succeed where Victor failed to become a world-class champion surfer. Yet before Jesse gets his chance, he is disqualified for reckless surfing in the lead-up trial.

As a diversion, Jesse s surfing mates Andy, Scotty (Israel Cannan) and Nathan (Ben Milliken) plan a momentous weekend of waves and hedonism with some local girls Debra (Debra Ades) and Leah (Rebecca Breeds). Much to Jesse s dismay, Fergus (Xavier Samuels), Jesse s geeky, fraternal twin brother who has never even set foot on a surfboard, gets to tag along. Upon reaching the sand dunes, the teenagers swim, surf, flirt and party long into the night. Fergus is entranced by Andy, who is not at all threatened and accepts Fergus for who he is.

First light and the posse hit the waves. Andy introduces the painfully, uncoordinated Fergus to surfing. Fergus manages to catch a wave after many attempts and is elated but not for too long. When Victor and his gang arrive at the isolated beach and decide to claim the surf break, an unofficial contest ensues. The angry waves close out on the inexperienced Fergus. Victor, Andy and Jesse struggle under a rogue wave. Boards fly in the white water.

Fergus desperately reaches the surface to discover a tragedy unfolding.

Throughout it all, Jesse struggles to find his own identity and a reason to surf.

The aquatic photography is so exquisite that it made this viewer wish, momentarily at least, that he were still young enough to not be afraid of risking the big wave. LA Weekly STAND BY ME dropped into the surf culture . . . An engaging yarn buoyed by some spectacular surf action . . . it will strike the right note with any teenage surfie heading beach-ward this summer. Moviereview.com The camera takes up into the waves and back out in breathtaking fashion . . . absolutely mesmerizing.. . . a triumph! New York Cool Visually exciting . . . Sheer sensory spectacle. TOP GUN with waves; ROCKY with board fins! Film Threat Captivating! LA Times Will leave audiences wide-eyed with amazement. IndieFilm Spotlight Production values are superb. Variety The film depicts the young male culture at the heart of the story with great honesty, accuracy and insight. Urban Cinefile --Wolfe

Richard Michalak, ACS Director of Photography Richard s credits include many high-end commercials and many U.S. features such as Double Trouble, an LA-based cop comedy-drama, Gordy and the stylized legal thriller Guilty as Charged. Richard regularly shoots in Australia, India, Indonesia and China. He has shot all over New Zealand and much of North America, Europe and recently in Africa.

The store will not work correctly in the case when cookies are disabled.
Search

Apply for a Trade Account   •   Brexit: How It Affects Customers in Great Britain

Our catalogue contains over 700 of our standard products across 236 beautifully illustrated pages.

Susan McGowan has featured a selection of our lighting designs throughout her minimalistic home.

This helpful guide will ensure you choose the correct colour temperature for your space.

This handy guide will advise you on the correct height from which to hang your light fixtures.

Our catalogue contains over 700 of our standard products across 236 beautifully illustrated pages.

Susan McGowan has featured a selection of our lighting designs throughout her minimalistic home.

This helpful guide will ensure you choose the correct colour temperature for your space.

This handy guide will advise you on the correct height from which to hang your light fixtures.

Explore our lights by collection